Overall, enrolment for the age group 6-14 has been above 96% in every year since 2010. Attendance, however, varies across states. The all-India figure for attendance is 70% to 74%. Proportion of girls out of school falling

The percentage of out-of-school girls aged 11-14 has fallen significantly over time. Even older girls (ages 15-16) are staying on in school, show ASER reports. The table compares the share of out-of-school (OoS) girls in 2018 with that in 2006 in selected states. 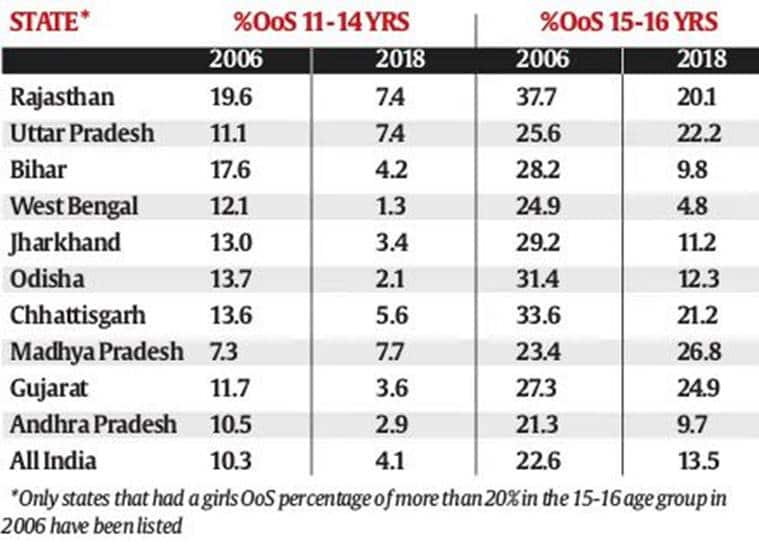 In most states, school facilities have been improving over time, especially the provision of toilets, successive ASER surveys since 2010 show. As part of the ASER survey, one government school in the sampled village is visited. In ASER 2018, 15,998 govt schools were visited, which included 9,177 primary schools and 6,821 upper primary schools.

% CHILDREN BY GRADE AND READING LEVEL (All children, 2018)

The reading tool is a progressive tool. Each row in the table below shows the variation in children’s reading levels within a given grade. For example, among children in Std III, 12.1% cannot even read letters, 22.6% can read letters but not words or higher, 20.8% can read words but not Std 1-level text or higher, and so on. For each grade, the total of these exclusive categories is 100%. 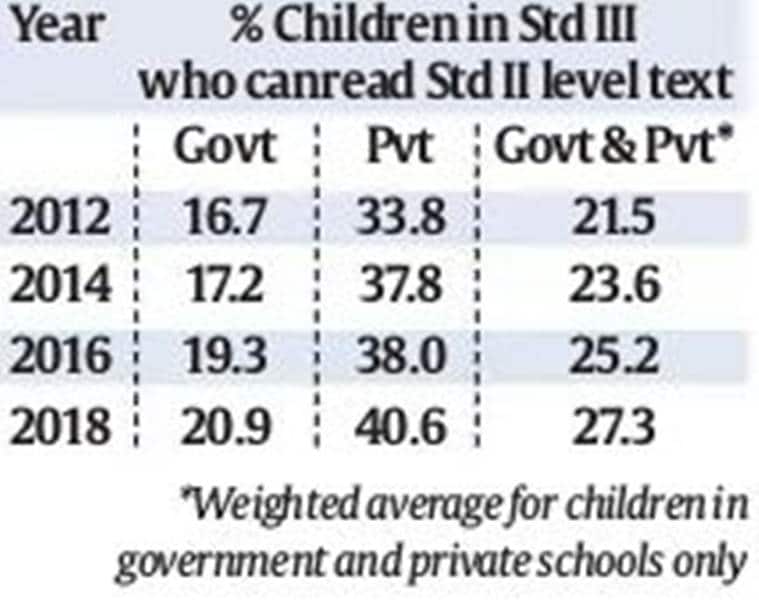