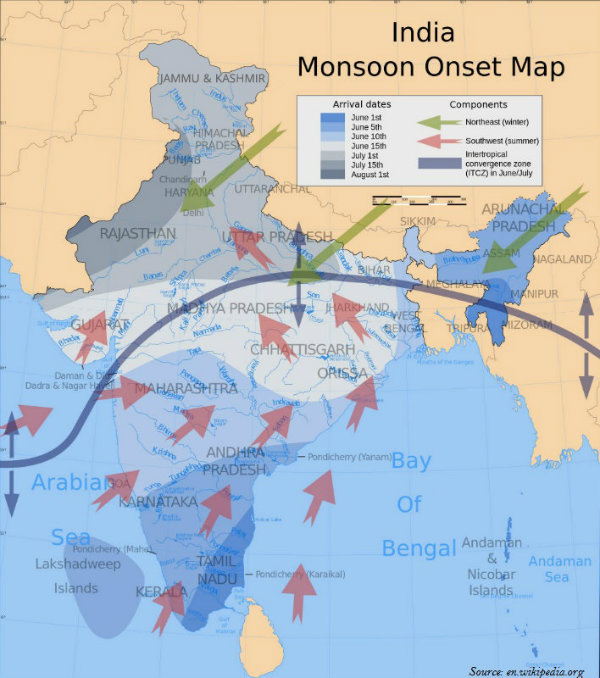 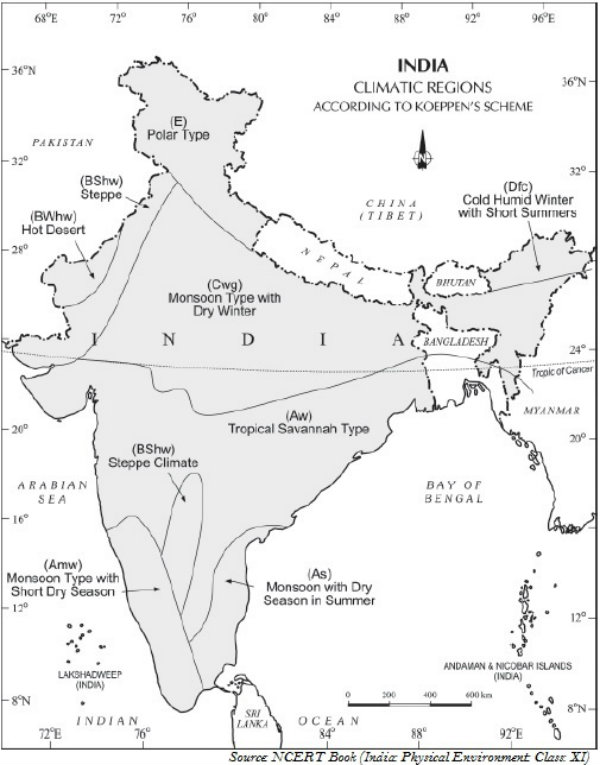 However, the following map (shown below) illustrates the major climatic types of India as classified by Koeppen.