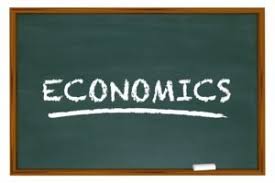 WHAT ARE WAYS AND MEANS ADVANCES?

WHAT IS MARGINAL COST OF LENDING RATE?

WHAT IS REPO RATE?

WHAT IS REVERSE REPO RATE?

WHAT IS COMMERCIAL PAPER?

WHAT IS SPECIAL DRAWING RIGHTS (SDR)?

WHAT IS ROUND TRIPPING?

WHAT IS CUSTOMS DUTY?

WHAT IS SECURITIES TRANSACTION TAX?

BASE EROSION AND PROFIT SHIFTING (BEPS)

An enterprise will be classified as a Micro, Small or Medium enterprise based on the following criteria:

The New criteria will be same for both Manufacturing Enterprises and Enterprises providing Services.

COMPONENTS OF THE RBI’S CAPITAL RESERVE

CPI BASE YEAR FOR INDUSTRIAL WORKERS

A contractionary policy is a kind of policy which lays emphasis on reduction in the level of money supply for a lesser spending and investment thereafter so as to slow down an economy.