Skip to content
Email: info.iasabhiyan@gmail.com
Why does India need a bankruptcy law?
So how can a modern law help?
What is the international experience?
What is India planning?
What about financial sector insolvencies? 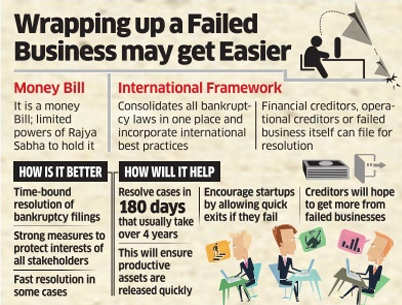 Twist: It includes tweaks to tax laws, including income tax and customs and excise duties, thus making it a “money bill“, which does not require passage by the Rajya Sabha.

The age of crypto-economics

Polystyrene chunks of plastic near the North Pole