However, here are five charts that should serve to see this development in perspective.

This is one of the most fundamental differences between the two countries. As of 2022, India has a population of 1.41 billion while the UK’s population is 68.5 million. In other words, India’s population is 20 times that of the UK’s. 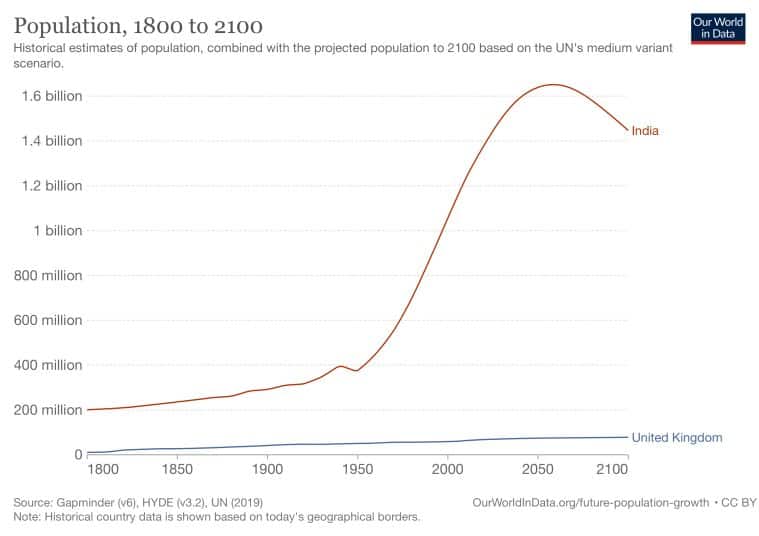 Since there is such a stark difference between the population of the two countries, GDP per capita provides a more realistic comparison of income levels because it divides a country’s GDP by the population of that country. The income of an average Indian is far lower. 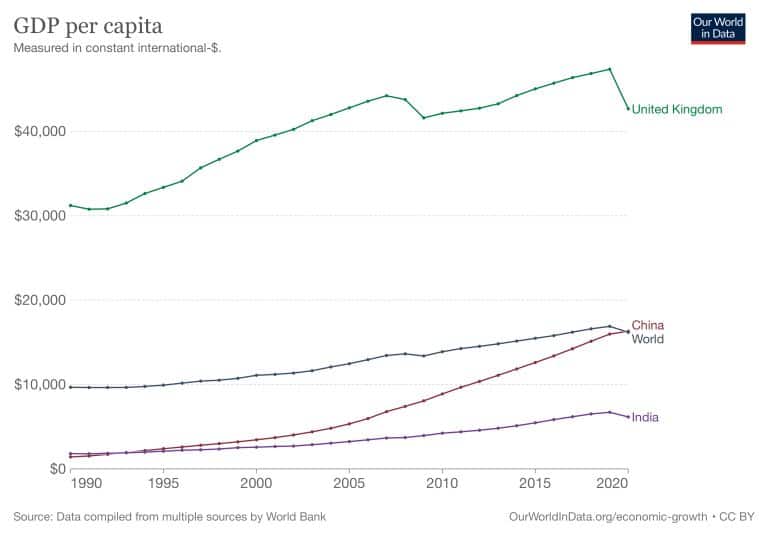 Low per capita incomes often point to high levels of poverty. It is noteworthy that at the start of the 19th century, the UK’s share in extreme poverty was considerably higher than India’s. However, as things stand today, the relative positions have reversed even though India has made giant strides in curbing poverty. Arguably, the end goal of higher GDP and faster economic growth is to have better human development parameters. The Human Development Index is a composite of health, education and standard of living parameters. Despite its secular improvement, India might still take a decade to be where the UK was in 1980. 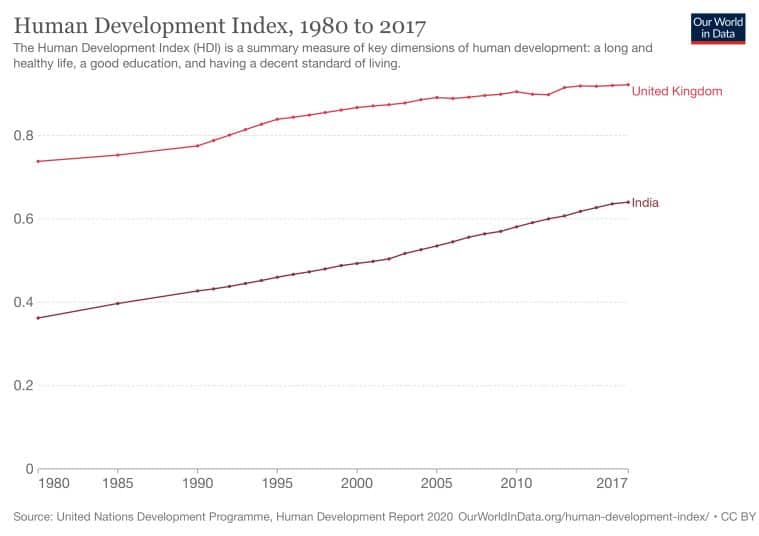 A crucial element of becoming richer as a country is the quality of life available to citizens. The Universal Health Coverage (UHC) Index is measured on a scale from 0 (worst) to 100 (best) based on the average coverage of essential services including reproductive, maternal, newborn and child health, infectious diseases, non-communicable diseases and service capacity and access. Chart 6 maps both India and the UK on this count. While faster economic growth and the government’s policy focus on healthcare schemes since 2005 have made a distinct improvement for India, there is still a long way to go. 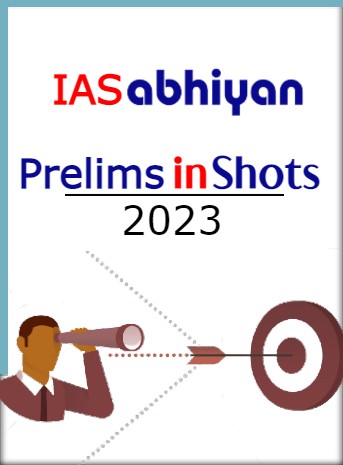