What the previous IPCC assessment reports had said: 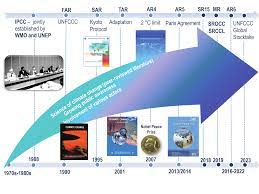 This report formed the basis for negotiation of the UN Framework Convention on Climate Change in 1992.

This report was the scientific underpinning for Kyoto Protocol in 1997.

The report won the 2007 Nobel Peace Prize for IPCC and was the scientific input for the 2009 Copenhagen climate meeting.

This report formed the scientific basis for negotiations of the Paris Agreement in 2015.

Anthropocene: why this naming has risen in the earth’s history-GS-3