Mauryan architecture can be divided into Court Art and Popular Art. 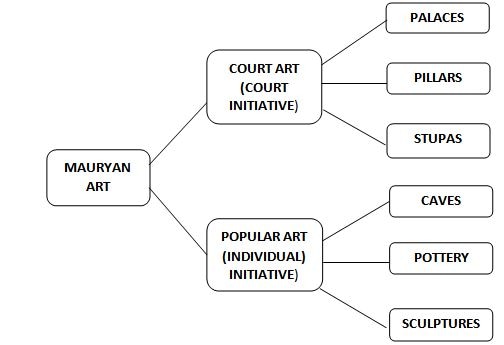 Mauryan Court Art: Implies architectural works (in the form of pillars, stupas and palaces) commissioned by Mauryan rulers for political as well as religious reasons.

Depiction of Buddha at Stupas 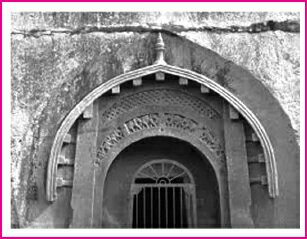 Apart from the court art or royal patronage, cave-architecture, sculpture, and pottery took the expressions of art by individual effort.

Pottery: Pottery of the Mauryan period is generally referred to as Northern Black Polished Ware (NBPW).

With the decline of the Mauryan empire several small dynasties rose to power. Among them, Shungas, Kanvas, Kushanas and Shakas in the north and Satvahanas, Ikshavakus, Abhiras, and Vakatakas in Southern and Western India gained prominence. 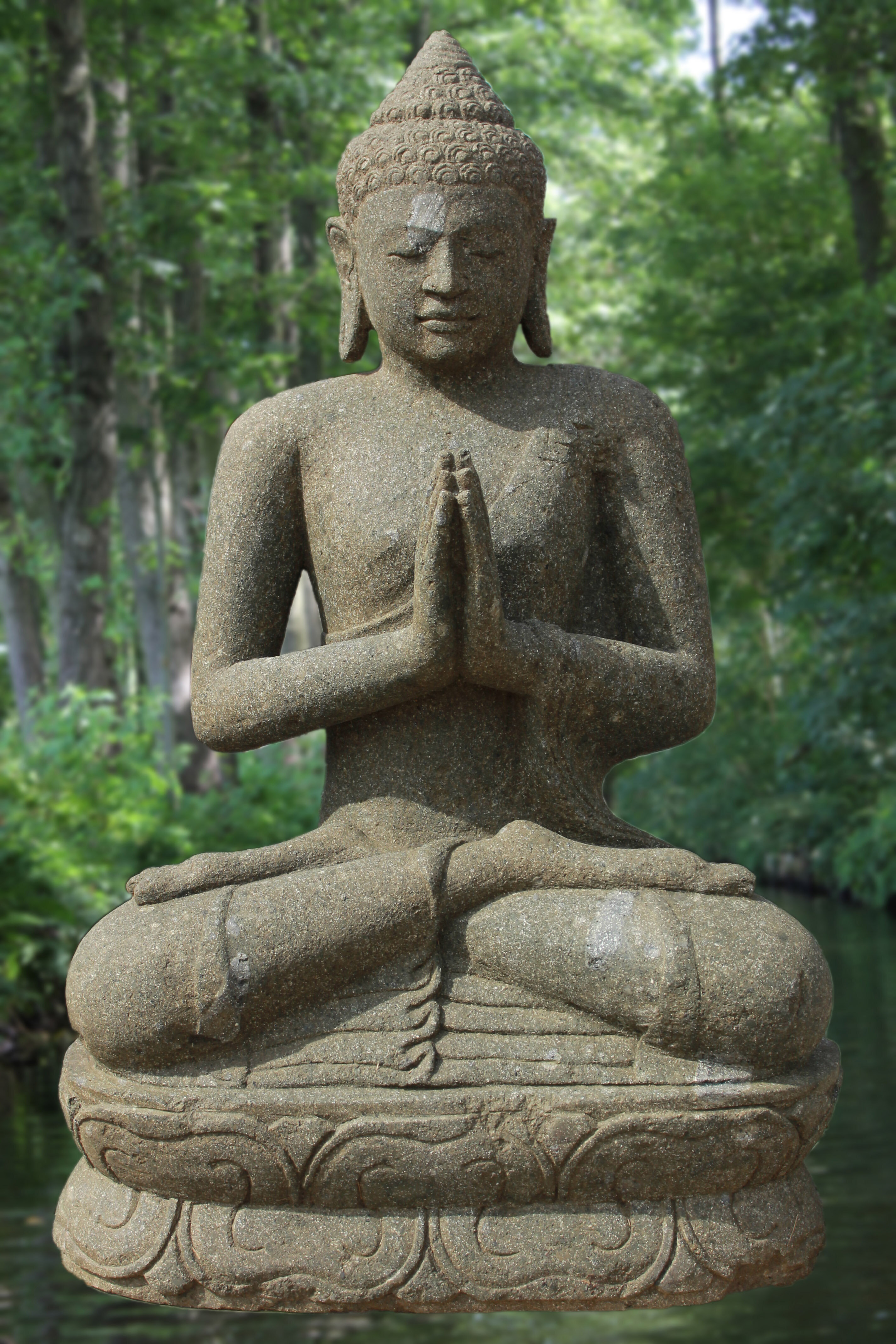 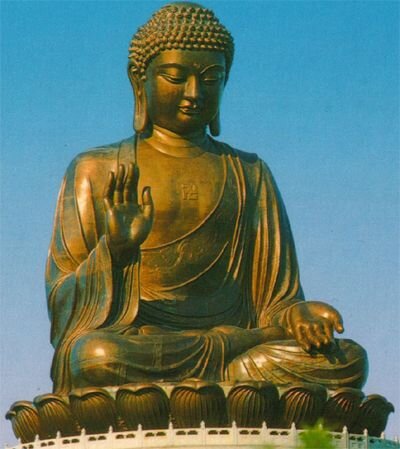 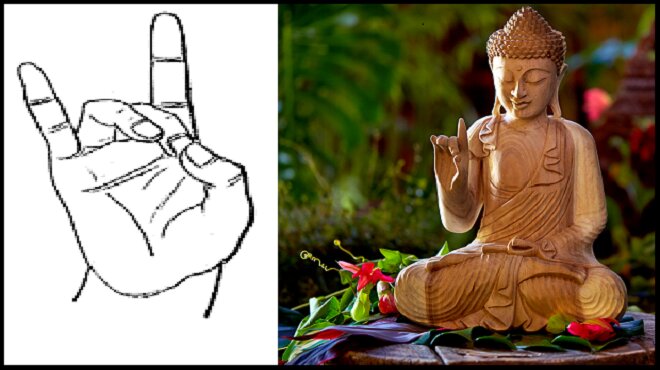 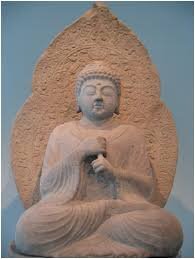 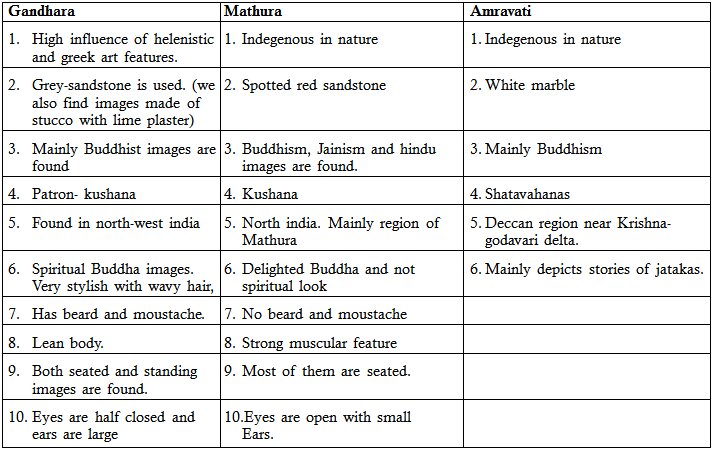