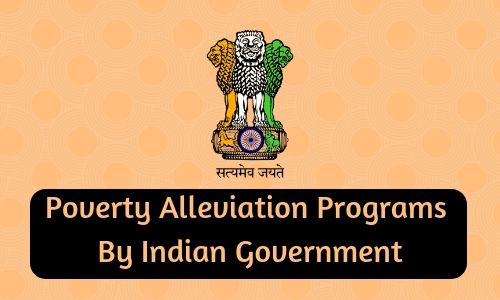 The five-year plans immediately after independence tried to focus on poverty alleviation through sectoral programs.