Scheduled and Tribal Areas in India 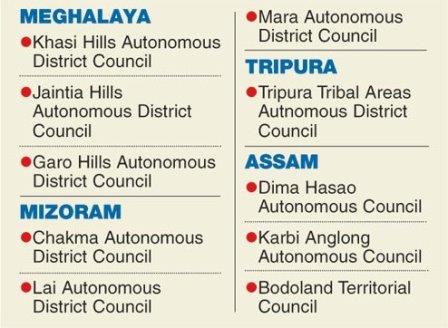