* Since 2017, plantations with high canopy density have added 2,441 sq km to the dense forest category, while 1,858 sq km of non-forests have become dense forests. These are plantations of fast-growing species since natural forests rarely grow so fast.

* Since 2003 when data on “change matrix” were first made available, 18,065 sq km — more than one-third of Punjab’s landmass — of dense forests have become non-forests in the country, nearly half of this (8,552 sq km) in the last four years. 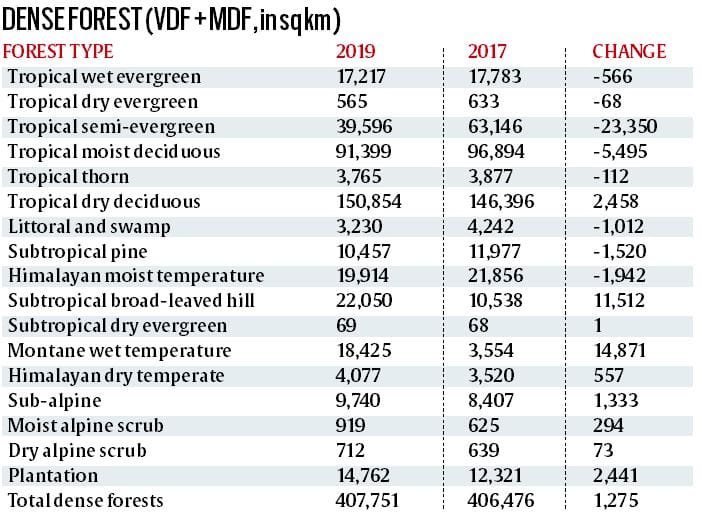 * Making up for much of this destruction of quality natural forests, 10,227 sq km of non-forests (read plantations) became dense forests in successive two-year windows since 2003, over half of this (5,458 sq km) since 2015.

* Of 7,28,520 sq km recorded forest area from digitised data and the Survey of India’s topographic maps of greenwash areas (forestland), 2,15,084 sq km (nearly 30%) recorded no forest cover in SFR 2019. In other words, forestland roughly the combined area of Tamil Nadu and West Bengal holds no forests.

* There has been no recovery since 2017 as forest cover on forestland has shrunk by 330 sq km in the last two years. 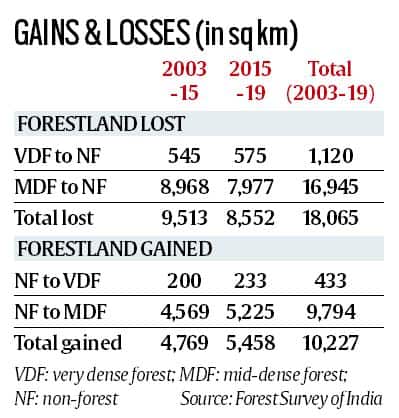 Finer detail than before

Compilation of Current Affairs-August-2016 (A Must Read)