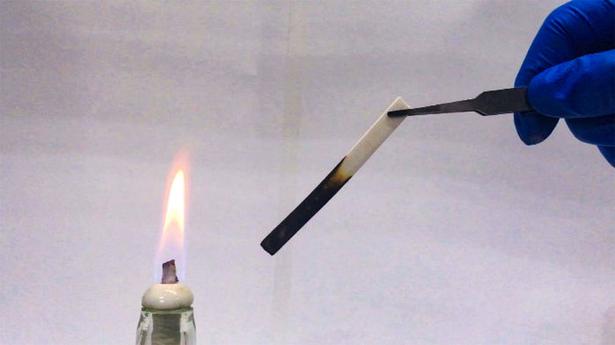 By using a synthetic polymer called resol, scientists have now created an artificial wood that has the weblike structure similar to natural wood or lignin. The artificial wood was found to be very sturdy and also fire resistant, making it an ideal choice for household furniture.

Clues from the mother meteorite

By studying an ancient volcanic meteorite, scientists have found some missing pieces in the puzzle of Earth formation. The rock is over 4500 million years old and has cavities filled with free silica. The presence of silica shows that these rocks were formed on planetesimals(rock fragments that combined to form planets) even before our planets were formed. The study says that such volcanic rocks may have born within the first 2.5–3.5 million years of Solar System’s history. 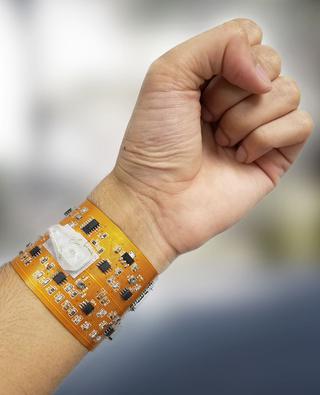 Forget counting heartbeats and footsteps, you can soon check your blood cell count and air pollution levels using your wristband. With a flexible circuit board, biosensor, gold electrodes, nanoprocessor, microcontroller and a BlueTooth module, this band can wirelessly connect to Android smartphones via an app and display the information about your RBC count and organic and inorganic particles in the air.

Climate change has taken a toll on all creatures on earth, especially the tiny ones. A new survey has found that the Mojave Desert of North America has lost nearly half of its bird species over the past 100 years due to low rainfall. These desert birds were “climatological winners” and their decline points at the adverse effect of climate change.

Scientists have made paralysed mice walk again. By studying spinal cord injuries and nerve pathways, researchers have identified a particular protein which could help in exciting the quiet nerves or inhibitory neurons and lead to full recovery. This protein can be injected into the circulatory system and help treat spinal cord injuries.

Who are the Sentinelese in Andaman island?