What is a Preamble, and what is the history of the Preamble to India’s Constitution? 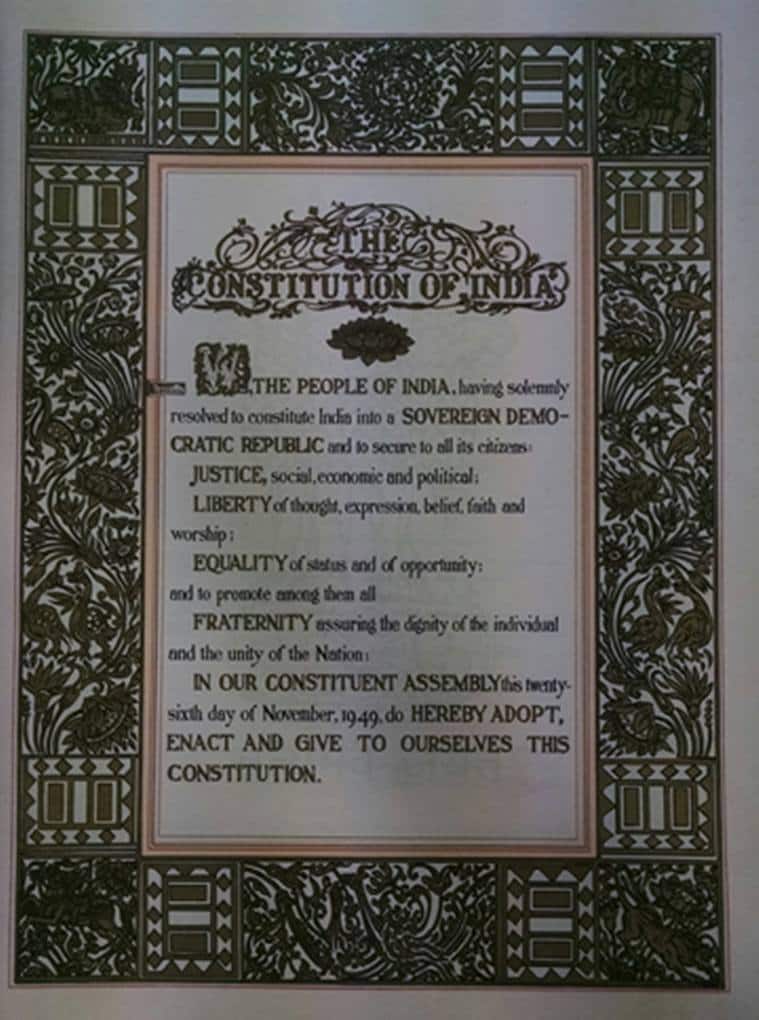 A preamble is an introductory statement in a document that explains the document’s philosophy and objectives.

IN OUR CONSTITUENT ASSEMBLY this twenty-sixth day of November, 1949, do HEREBY ADOPT, ENACT AND GIVE TO OURSELVES THIS CONSTITUTION.”

What do the key words in the Preamble stand for?

More than 1000 of Important Static and Current Affairs Topics. Simplified I To The Point I Lucid