Marriage and employment are the major reasons for migration, Census data show. The bulk of the migration takes place within individual states — out of the total number of persons registered as “migrants” in the 2011 Census, only 11.91% (5.43 crore) had moved to one state from another, while nearly 39.57 crore had moved within their states.

Migration data to and from some major states are given in the table above. Some key highlights of the Census numbers:

* Of the 5.74 crore migrants in Maharashtra, 27.55 lakh reported their last place of residence to be Uttar Pradesh; 5.68 lakh said Bihar. Internal migration from within Maharashtra had the lion’s share of migrants: 4.79 crore.

* UP, from where people travel to all over India in search of work, itself was host to 5.65 crore migrants. As many as 5.20 crore were, however, internal migrants; among the 40.62 lakh from other Indian states, 10.73 lakh were from Bihar.

* The number of migrants in Punjab from other states was 24.88 lakh, a relatively large percentage of its total 1.37 crore migrant population. Of these, 6.50 lakh reported their previous residence to be in UP; 3.53 lakh said Bihar.

* In Assam, where illegal migrations from Bangladesh has long been an issue, Census 2011 recorded 64,117 people who said their last place of residence was in the neighbouring country. This was a little more than half of the total number of migrants (1,10,314) from outside India in the state. Among the 4.96 lakh migrants from other Indian states in Assam, those from Bihar had the largest stare (1.47 lakh, or nearly 30%). 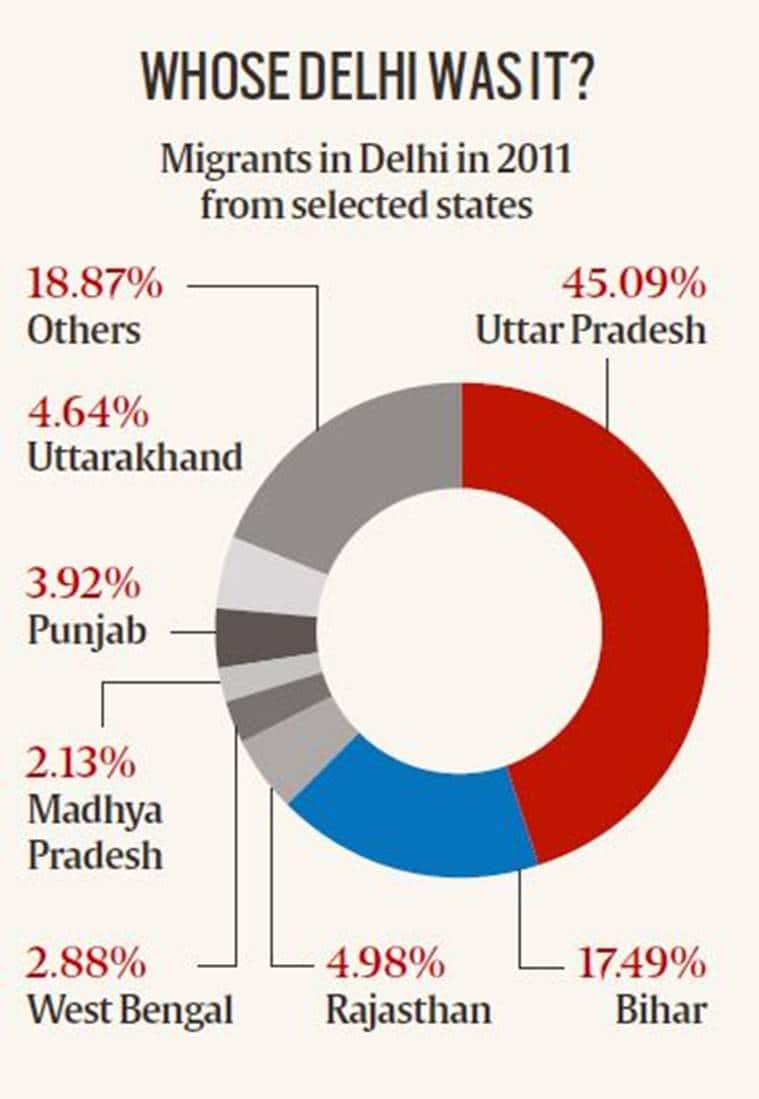 * Migrants from Bihar were the largest group from other Indian states in West Bengal as well (11.04 lakh out of 23.81 lakh). Over 20 lakh declared that their last place of residence was outside India; nearly 19 lakh among them said Bangladesh.

* In Kerala, where Bihari migrants have recently been in the news, Census 2011 recorded only 9,904 migrants from Bihar. As many as 1.53 lakh declared their previous residence to have been outside India.

National Board for Wildlife & Others