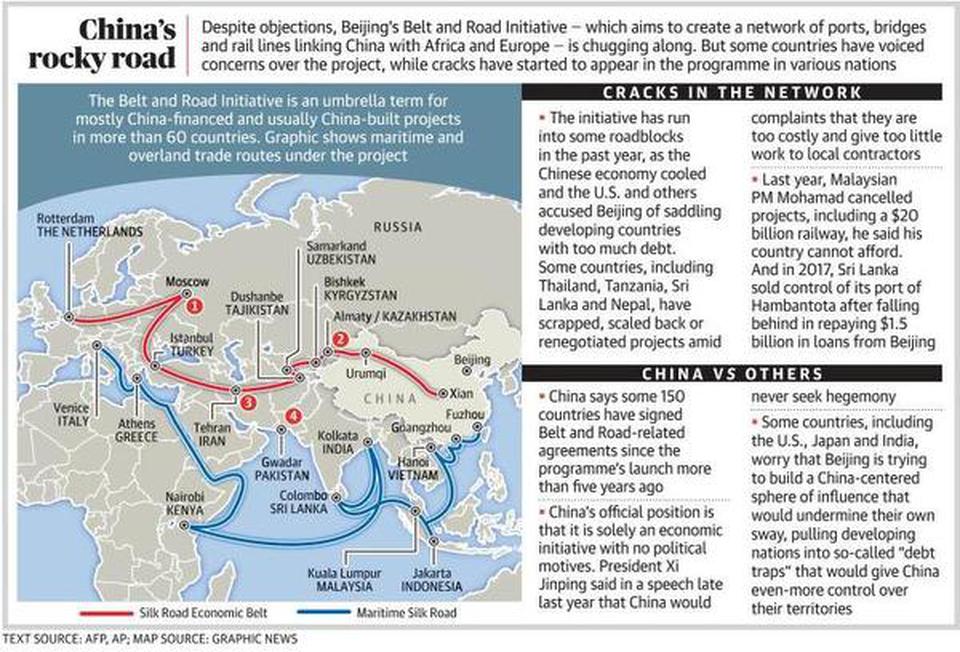 The story so far: Six years ago, Chinese President Xi Jinping launched a mammoth infrastructure project straddling many countries and continents. Of the projects, the most ambitious is the $60+ billion China-Pakistan Economic Corridor, aimed at linking China’s Xinjiang province with the Arabian Sea.

Why did China push for it?

How many major BRI projects are in the works?

Where does the BRI go from here?