Seat and role of International court of Justice

Judges of the court

India at the ICJ

About the International Criminal Court (ICC)

Although the Rome Statute was widely praised (some 140 countries had signed the agreement by the time it entered into force), few countries in the Middle East or Asia joined.

The Court’s management oversight and legislative body, the Assembly of States Parties, consists of one representative from each state party. 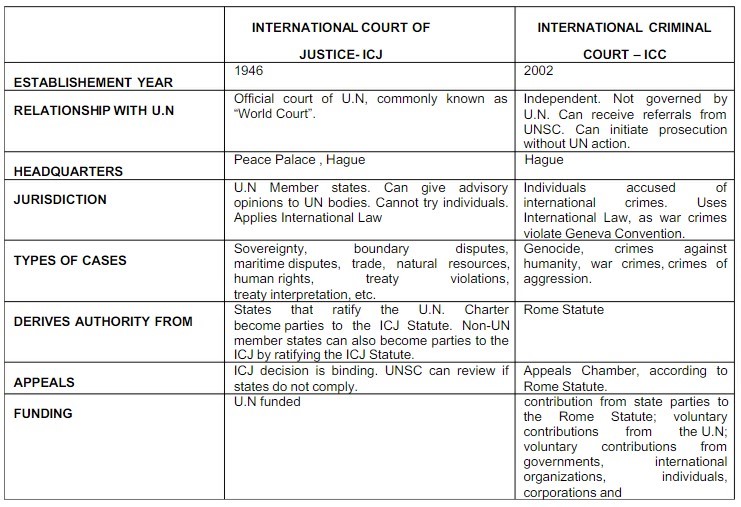