Under what law is sexual harassment at the workplace covered?

What were the Vishaka guidelines?

What do these guidelines say?

How does it define sexual harassment?

Sexual harassment includes “any one or more” of the following “unwelcome acts or behaviour” committed directly or by implication:
* Physical contact and advances
* A demand or request for sexual favours
* Sexually coloured remarks
* Showing pornography
* Any other unwelcome physical, verbal or non-verbal conduct of sexual nature.

The Women & Child Development Ministry has published a Handbook on Sexual Harassment of Women at Workplace with more detailed instances of behaviour that constitutes sexual harassment at the workplace. These include, broadly:

The Handbook says “unwelcome behaviour” is experienced when the victim feels bad or powerless; it causes anger/sadness or negative self-esteem. It adds unwelcome behaviour is one which is “illegal, demeaning, invading, one-sided and power based”.

For the ICC to act, must the victim write a complaint?

Technically, this is not compulsory. The Act says the aggrieved victim “may” make, in writing, a complaint of sexual harassment. If she cannot, any member of the ICC “shall” render “all reasonable assistance” to her for making the complaint in writing. And if the woman is unable to make a complaint on account of her “physical or mental incapacity or death or otherwise”, her legal heir may do so.

Is there a time-frame within which the complaint has to be made? 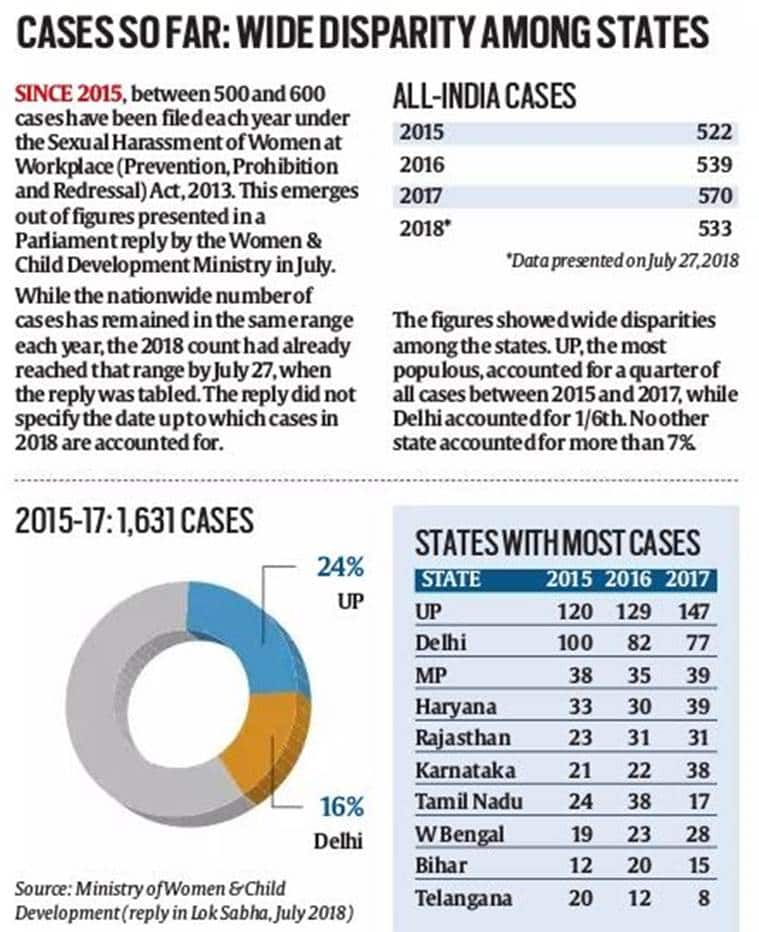 How does the inquiry take place?

What happens after the ICC report?

What happens if a complaint is found to be false?

New Monuments for Maintenance and Restoration Under ASI