From the unpredictable policy decisions of President Donald Trump to the growing rivalry between the U.S. and China, the year 2018 saw a host of developments that threatened world peace, political stability and trade and economy. The year was also marked by election upsets, street protests, diplomatic overtures, policy U-turns and violence. Here is the year in review

1. Death in a consulate

Jamal Khashoggi, a dissident Saudi journalist who was living in the U.S., went to the Saudi consulate in Istanbul on October 2 for some paperwork for his marriage. He never returned. Turkish prosecutors say Khashoggi was killed inside the consulate and dismembered and his body parts were dissolved in acid. Saudi Arabia admitted that he was killed inside the consulate, but hasn’t said what happened to the body,

Riyadh has blamed the incident on some rogue officials and claims to have arrested those involved and prosecuted them.

Saudi dissident Jamal Khashoggi spoke at an event hosted by a London think tank on September 29, three days before he disappeared during a consulate visit in Istanbul. Khashoggi was later named one of the Time ‘Persons of the Year’. A funeral prayer for journalist Jamal Khashoggi on November 16 in Istanbul.

The roots of this detente can be traced back both to the engagement policy of South Korean President Moon Jae-in and the North’s positive response to it.

While Mr. Trump was preparing for his biggest diplomatic handshake with Mr. Kim, he was also intent on undoing the the Iran nuclear deal, a key achievement of his predecessor Barack Obama. Despite certifications by the IAEA that Iran was fully complying with the terms of the deal, on May 8, Mr. Trump pulled the U.S. out of the agreement.

Nearly two and a half years after the Brexit referendum, there is still no consensus on the modalities of how to carry out Britain’s divorce with the EU. In November, the U.K. and the EU reached a draft withdrawal agreement, but there is no agreement within Prime Minister Theresa May’s Cabinet on the deal.

In December, Ms. May survived a leadership challenge from within her party, but a bigger challenge would be a parliamentary vote on Brexit, which has to happen by January 21.

Malaysia: Mahathir Mohamad, a political veteran of more than 50 years, broke away from his own party, backed the main Opposition coalition and clinched a shock victory on May 9 against Prime Minister Najib Razak.

6. One President, Two PMs. No government

But after Mr. Rajapaksa failed to prove majority in Parliament and the Supreme Court restrained him from functioning as the Prime Minister, the President reinstated Mr. Wickremesinghe on December 16.

On November 6, in an election marked by big turnout and a high number of women candidates, Democrats, by picking up 40 seats, gained control of the House of Representatives for the first time since 2010. However, the Republicans expanded their majority in the Senate, defeating Democratic incumbents in States like Indiana, Missouri and North Dakota.

The Russia-West relations soured further this year when Sergei Skripal, a former Russian military officer and double agent for the U.K.’s intelligence services, and his daughter Yulia were found poisoned in Salisbury on March 4 with Novichok nerve agent.

In March, the U.K. accused Russia of attempted murder and ordered the expulsion of several diplomats, in which it found support from 28 other countries. A total of 153 diplomats were expelled. Russia denied the accusations and the pointed fingers back the U.K.

In keeping with his ‘America First’ policy, President Trump launched a trade war with China.. Tariffs on about $250 million worth of Chinese goods take effect between July and September, forcing China to retaliate.

China’s National People’s Congress passed a resolution on March 11 that eliminated presidential term limits set by the 1982 Constitution. This cleared the way for Xi Jinping, arguably the most powerful leader since Mao, to remain in power indefinitely. In the following week, he was appointed to a second five-year term.

Feb. 8: Bangladesh’s ex-Prime Minister and BNP Chairperson Khaleda Zia is jailed for five years in a corruption case. She is later barred from contesting the forthcoming general election.

Feb. 23: Komaali Kings becomes the first Sri Lankan Tamil language film in 40 years to have a mainstream release, marking the rebirth of the Tamil film industry in the country.

July 9: Eritrea and Ethiopia officially declare an end to their twenty-year conflict.

Oct. 29: Boeing 737 passenger jet, owned and operated by the low-cost Lion Air airline, crashes minutes after taking off from the capital Jakarta. All 189 people on board were feared killed, making it the second-deadliest air crash in Indonesia’s history. 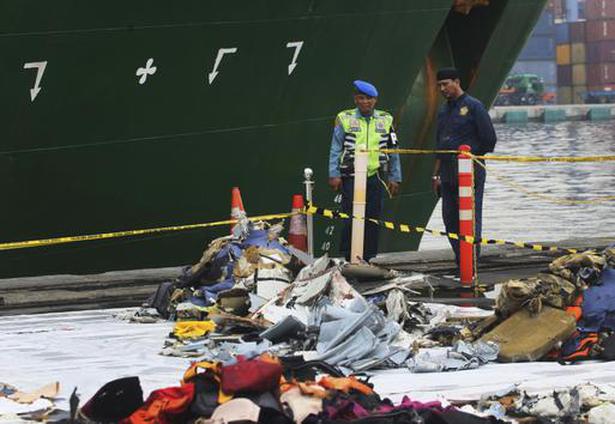