The ongoing Kashmir Valley unrest needs to be correctly understood and appreciated as a national security issue and challenge. But before we delve into the contemporary issues surrounding Kashmir, it is necessary to briefly revisit history: 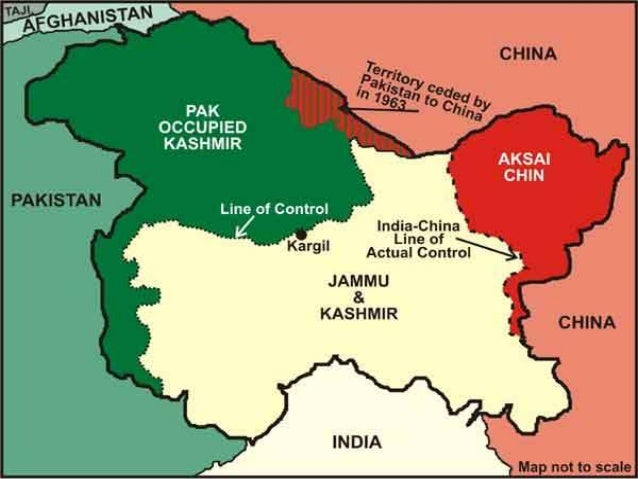 August 1947:  Partition of the Indian subcontinent along religious lines lead to the formation of India and Pakistan.

October 1947 – The Maharaja of Kashmir signed a treaty of accession with India after attacks by a Pakistani tribal army. Under the Instrument of Accession, a temporary special status was granted to the State under article 370 of the Indian Constitution.

1947-48: War broke out between India and Pakistan over the region.

January 1948: India referred the dispute to the United Nations.

August 1948: UN directed Pakistan to remove its troops, after which India was also to withdraw the bulk of its forces. Once this happened, a “free and fair” plebiscite was to be held to allow the Kashmiri people to decide their future. But a plebiscite could not be held, partly because Pakistan would not withdraw its forces from Pakistan-held Kashmir, and partly because Indo-Pak relations got enmeshed in the Cold War.

January 1, 1949: A ceasefire was agreed, with 65% of the territory under Indian control and the remainder with Pakistan. The ceasefire was intended to be temporary but the Line of Control remains the de facto border between the two countries.

1956: The Constituent Assembly of Jammu and Kashmir ratified the accession of the state to India.

1965-66 – A brief war between Indian and Pakistan over Kashmir ends in a ceasefire and signing of the Tashkent agreement.

1971-72 – Another Indo-Pakistani war ended in defeat for Pakistan and the formation of the independent nation of Bangladesh (formerly known as East Pakistan) which lead to the 1972 Simla Agreement. This turned the Kashmir ceasefire line into the Line of Control, and both sides pledged to settle their differences through negotiations.

1987 – Disputed state elections in Jammu and Kashmir gave impetus to a pro-independence insurgency. India accused Pakistan of fomenting the insurgency by dispatching fighters across the Line of Control, which Pakistan denied.

1990s – Violence intensified in Kashmir. Islamic militants carried out ethnic cleansing in the Kashmir Valley, terrorizing non-Muslims, mainly Kashmiri pundits, causing large numbers of people to flee, mainly to Jammu. The Indian military responded with repression to the terrorism, foreign infiltration, and the domestic insurgency, which are now all mixed up. There are allegations of serious human rights abuses on all sides.

March 2015 – India’s ruling BJP party was sworn into government in Kashmir for the first time in coalition with the local People’s Democratic Party.

September 2015 – Muslim separatist leaders in Kashmir closed shops, businesses and government departments in protest at the enforcement of a ban on eating beef.

July 2016 – The killing of Burhan Wani, a popular militant and top commander of the Hizbul Mujahideen group by the security forces sparked violent protests. Subsequently, a curfew was imposed in most parts of Kashmir.

August 2016– Curfew lifted from most parts of Kashmir. At least 68 civilians and two security officials died and more than 9,000 people were injured in over 50 days of violence according to official tallies.

Root causes behind the Kashmir unrest

1. A confrontation between two nationalisms:

India and Pakistan both believe that they have a rightful claim to Kashmir. (See the previous section)

4. Social causes: Poor education and health system, allegations of penetration of radical Islam in the majorly Sufi Islam region, wounds of 1980’s insurgency and indoctrination of youth by radical leaders has further contributed to their despair.

Laws like AFSPA, regular curfews, presence of armed forces, allegations of human right violations etc have contributed in increasing anger of the people against the state.

6. A large role for the army in Kashmir has been a necessity in view of Pakistani military threat and subversion; but this has also meant a high cost in terms of the functioning of a civil libertarian polity.

7. A demand for greater political autonomy for the region

8. An atmosphere of mistrust:

Fear and mistrust are central to this conflict. Fear of people belonging to another religion having a different value system that threatens one’s own, as well as fear concerning the loss of control or the loss of power. This fear has paralyzed progress towards peace as it works against the one ingredient which is essential for positive change: trust.

Elites from both India and Pakistan stereotype the opposite country. This is the result of misappropriation of information in the education system as well as in the media. History textbooks, for example, distort history to reinforce a particular image, providing an enduring basis for hatred; children are thus socialized at a young age by what are often blatant factual errors. Similarly, mass media present few programs that humanize the other by reflecting true realities and similarities, focusing instead on stark differences and problems.

Factors which have fuelled unrest in the region in recent times:

IAS Abhiyan: India’s Best Online Website for UPSC IAS Exam Preparation. A Dedicated Team working for the UPSC aspirants to achieve their dream of cracking UPSC CSE. “If You have an AIM we have a MISSION to crack it.”